Hello Linux Geeksters. As you may know, Windows 8 comes with UEFI, Microsoft’s secure boot, created for preventing the users to install other operating systems, specially on Windows 8 laptops. The Linux developers have managed to bypass Microsoft’s UEFI, and created 64 bit (amd64/x86_64) Linux systems with UEFI support.

For now, only 64 bit Ubuntu systems have support for UEFI Secure Boot systems, but a developer has proposed Canonical to create a 32 bit UEFI-compatible version of Ubuntu 14.04 Trusty Tahr. 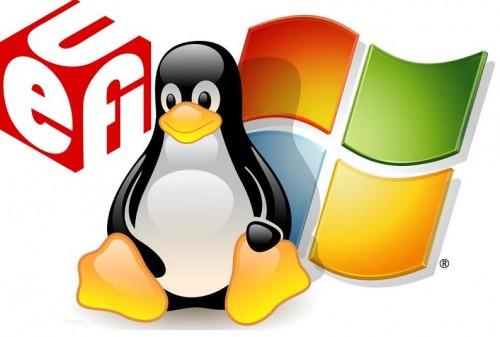 This is quite good since many 32 bit UEFI systems have been released lately. The problem with the 32 bit UEFI-compatible images is that it does not work on old hardware, but the developers can create special non-UEFI images for aged computers.

More information can be found on the mailing lists.