According to TizenIndonesia, over 80 % of the popular Android applications can be converted to Tizen big without effort. The newly created Polaris Apps Generator (PAG) technology allows the Android apps to run on non-Android platforms. 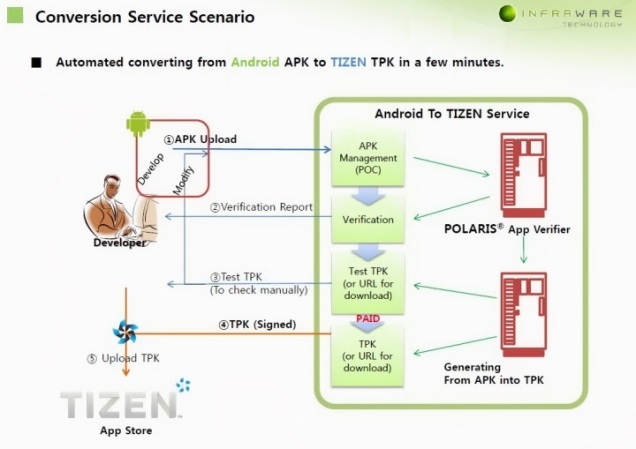 So, converting the Android .APK applications the Tizen .TPK format will increase a lot Tizen OS’s popularity. For now, about 50 % of the Android apps were tested on Tizen OS and ran smoothly, so it is a matter of time until they will be available in the Tizen Store. 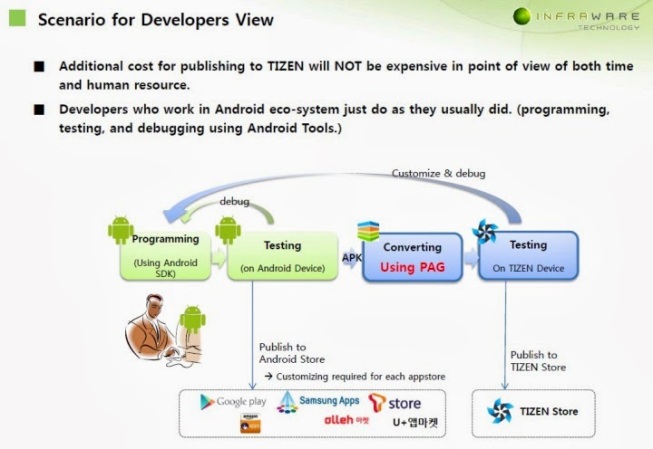 For those who do not know yet, Tizen OS is a Linux based operating system developed by Intel and Samsung and sponsored by the Linux Foundation.

For now, Tizen 2.0 is optimized for smartphones only, but the developers are working hard in order to get the Tizen 2.1 Nectarine on tablets, before the first Tizen tablet will be released in October, by a Japanese company called Shisutena (Systena).