A Haptic Feedback Feature Will Be Soon Added To Ubuntu Touch

Hello Linux Geeksters. As you may know, Ubuntu Touch does not have support for haptic feedback yet, but the feature will be added soon, says Michael Frey, an Ubuntu Touch developer:

Just started writing our new Sensor Service for Ubuntu Touch. I am writing it in GO. My first attempt. The first service it will implement is haptic feedkback, 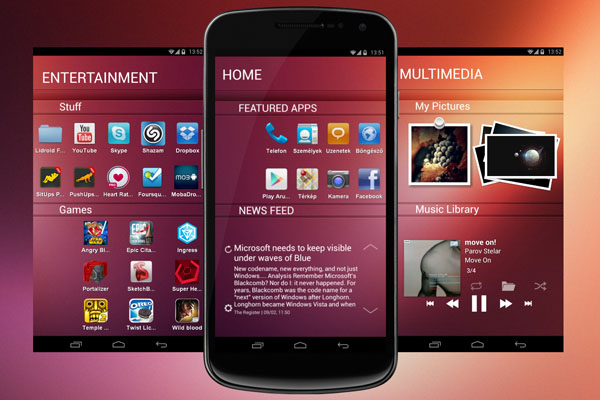 For those who don’t know, Ubuntu Touch is officially supported only on the Google Nexus smartphones and tablets, despite the fact that it has been experimenally ported on OPPO Find 5, Pantech Vega Iron, Xperia Tablet Z and many other phones/tablets. The first stable version of Ubuntu Touch, based on Ubuntu 13.10, has been officially optimized to work on LG Nexus 4, but it is not mature enough to compete with Android yet. There is also a second stable version available, based on Ubuntu 14.04 Trusty Tahr. After the latest Mir update, Ubuntu Touch can be successfully installed on all the existing Google Nexus devices: LG Nexus 4, Samsung Galaxy Nexus, Nexus 7 and Nexus 10, except Nexus 5.

Recently, Canonical has also created an Ubuntu Resources portal, resource.ubuntu.com, as a replacement for insights.ubuntu.com. The portal will contain news about Mir, Ubuntu Touch, Unity and other Ubuntu related subjects, having an interface optimized for both mobile phone and computer browsers.

For now, it is still an alpha version, but in the future it will have to content divided by categories, it will enable the users to easily share the news on Facebook, Twitter, Google Plus or via email, it will have a dedicated section for press releases and will have a responsive design.