According To Mark Shuttleworth, Ubuntu Will Be The First OS To Reach Convergence 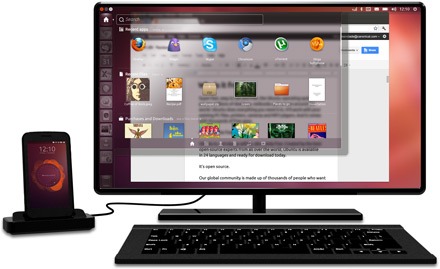 The idea of convergence is to create a system running on a mobile device, which transforms into a decent computer if plugged in a mouse, a keyboard and a monitor. A convergence demo of the Karma Machine is available in a video posted by Jono Bacon.

Despite the fact that Canonical’s Mark is among the first to talk about convergence, Apple and Microsoft aim to achieve the same goal.

According to Mark Shuttleworth, Ubuntu is closer to reach convergence then Windows. His words exactly, from the Ubuntu Developer Summint (UDS 14.03):

“We are not alone in doing this. If you look at Windows 8 for example, there’s a lot of work happening on the proprietary side, to make convergence possible, but I think that what we’ve got is pretty special. These apps seem to me better than what I see happening on the Windows front and that’s something that we should be really proud of,”