After Sony have open-sourced their project, Sony SmartWatch under the name of Open SmartWatch, Acer has announced that they will develop weareble technology, in 2014. 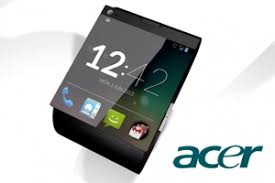 This is what the president of Acer’s smartphone group said:

“I think the trick is making the right trade-off, so that you put the right package of what people are expecting into a wearable. Is a day battery enough? It might be, if the charging mechanism is easy. You take off your watch at night, throw it on the side and it inductively charges,” he added.

This is very intersting, because there are rumours that the other tech giants will release similar products, like: Apple iWatch, Samsung Galaxy SmartWatch, Google Nexus Smart Watch.

One comment on “Acer Will Also Launch Weareble Devices In 2014”