Hello Tech Enthusiasts. As you may know, AMD has initiated “Project Discovery”, the concept of a gaming tablet, using the Mullins processor, a fanless and low-power consumption CPU (2 watt), unsed for tablets and notebooks. 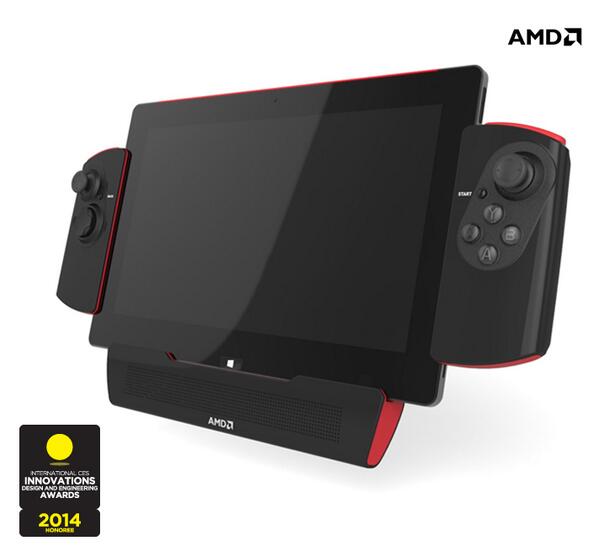 Most probably, the AMD tablet will come with a dock for connecting the game controller and the hand grips to the sides, and will be using Windows 8 as default.

We’ll see if AMD really tries to compete with Nvidia’s gaming tablets (and boost the Windows 8 tablets) or it is just showing off, with concepts only.

For those who don’t know, AMD’s new tablet chip named Mullins will have two to four cores named Puma, that will draw only 2 watts of power. It will be also using an ARM Cortex-A5 CPU core, as a security processor.