Hello Linux Geeksters. AMD’s first 64 bit ARM processor (Opteron A1100) will be released later this year, being available in both quad-core and eight-core versions, being based on ARM’s Cortex-A57. For sure, this 64 bit ARM processor is not created for smartphones and tablets, but for servers. 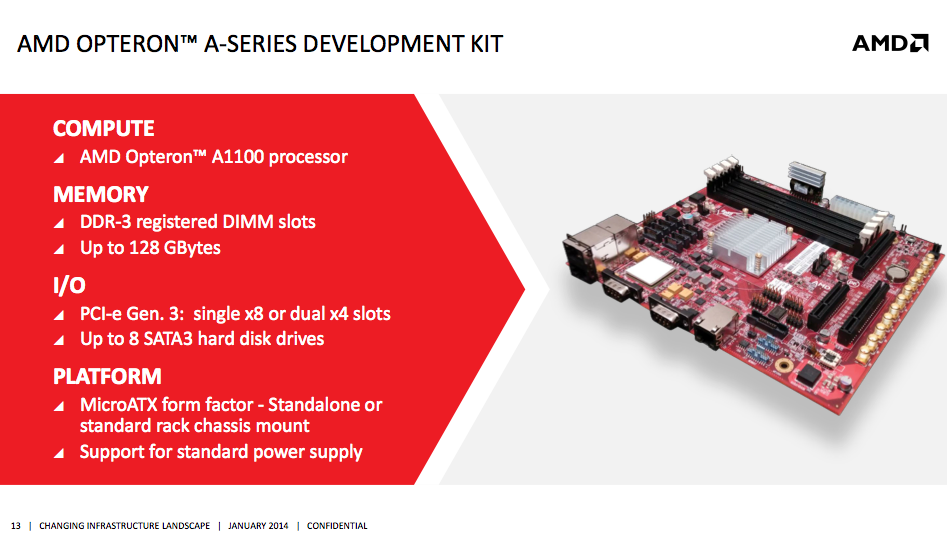 The 2 GHz 64 bit ARM processor powers up the AMD Operton A-Series Development Kit having 10 Gigabit Ethernet ports, 8 SATA ports, 8 PCI-Express Gen 3 i/o, being compatible with both DDR3 and DDR4 RAM memory. Having 128 GB of DDR3 memory, it will be Linux compatible.

To my mind, this is just the beginning. AMD will release 64 bit ARM processors for tablets and smartphones, for sure, when they decide it’s the proper time for this.