Canonical’s Olli Ries has posted on his blog the roadmap for Ubuntu 16.04 and it looks like this: 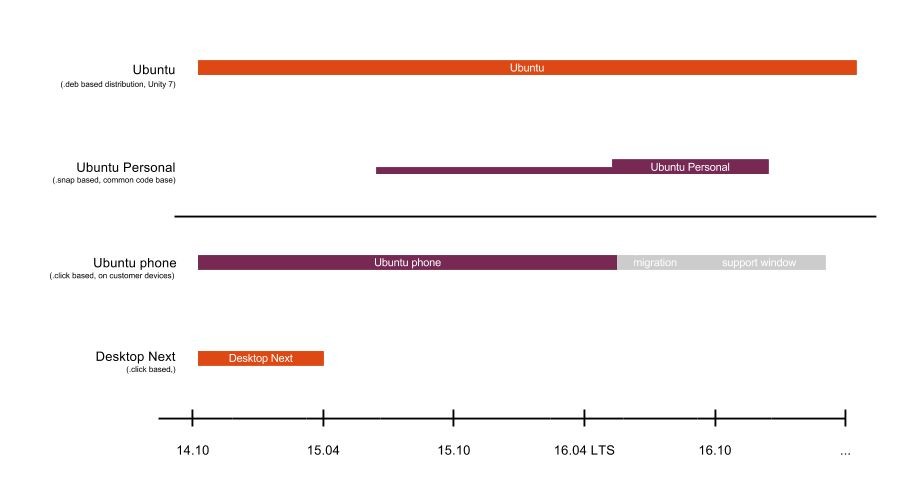 In order to make Ubuntu the first mobile-desktop convergent system, Canonical is working at a new display server called Mir, is porting the Unity 8 interface, currently available on Ubuntu Touch, to Ubuntu desktop and created the snappy packages, which are enhanced click packages.

This is what the chart is about:

For more information about each element of the chart, see Olli’s blog post.