An Unofficial Ubuntu Touch App Store Has Been Released, While The Official One Is Still Missing

Hello Linux Geeksters. As a reminder, BQ has recently made available the BQ Aquaris E4.5 Ubuntu Edition phone, which can be ordered for €169.90 starting with tomorrow, at 9 AM CET (Central European Time).

Meizu, the other Ubuntu phone manufacturer, is still waiting the MWC to release information about their Ubuntu phone. 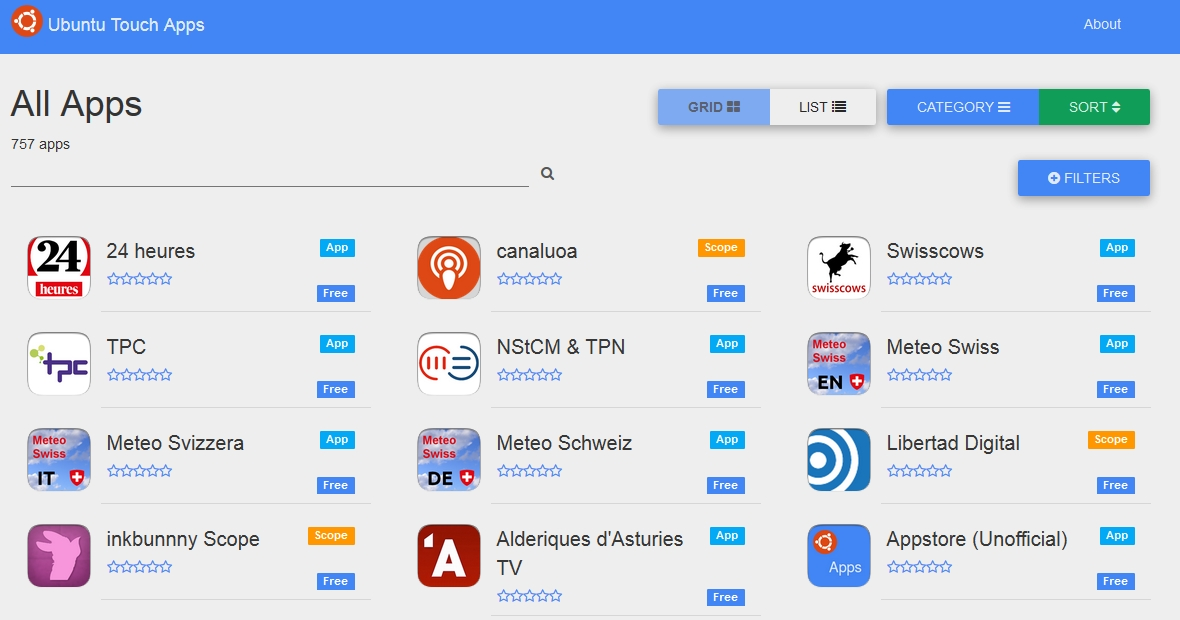 Recently, a third party Ubuntu Touch App Store has been created, enabling the users to install apps on their Ubuntu phone via the internet browser, while an official App Store is not available yet, being still under development.

Also, if you want to test the Ubuntu Touch apps on your Ubuntu system, you can do that via the App List script.

Among others, the Ubuntu Touch App Store allows the users to see the latest added apps, prices, reviews and ratings. For now, the users cannot install apps via this app store because the Ubutnu One sign-in process does not work.