Hello Linux and Unix Geeksters. The Sony PlayStation 4 gaming console has been released on the 15th of November, in USA. As rumoured, PlayStation 4 uses a FreeBSD kernel.

The above image has been leaked to the internet, displaying a list of installed software, among others, the FreeBSD kernel. 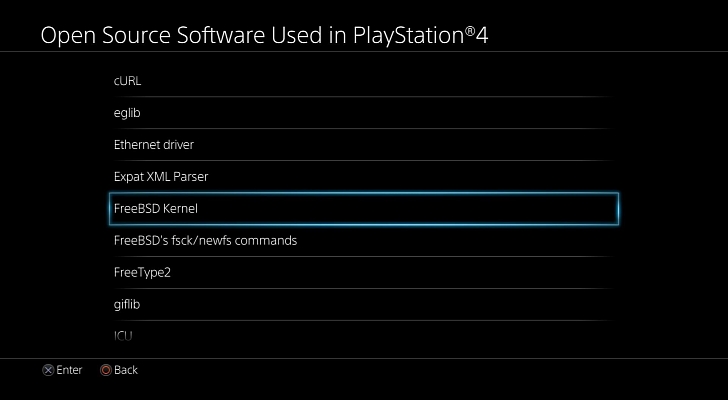 Since the FreeBSD kernel is open source, released under the BSD license, every manufacturer or developer can use it and change it to fit its needs.

For now, the PlayStation and Xbox gaming consoles rule the market, but their supremacy may end with the arrival of Valve’s Steam Machine.