Canonical Did Not Abandon The Ubuntu For TV Project 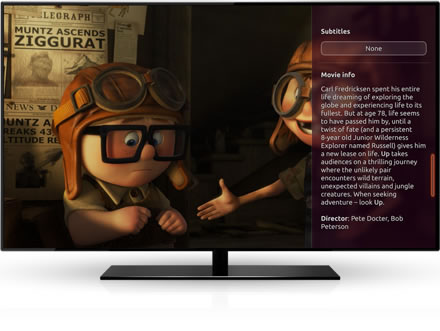 Ubuntu for TV could be an ARM device embedded in a stick, or a bigger device like Rikomatik MK902, that will bring the Unity interface to the smart TVs with internet access for using  some services like Hulu, Netflix or Youtube, integrating the cable or satellite internet service to the TV.

Among others, it displays information about movies, allows the users to set channel priorities and get related content when the video is finished, record TV shows in different playlists for each viewer, has support for using Ubuntu TV on different devices, enabling he users to pick up where they left off on a different device and stream music, videos and photos from PC to the TV.