Hello Linux Geeksters. As you may know, Ubuntu 14.04 Trusty Tahr will be released with Unity 7, the default desktop environment of Ubuntu 13.10 Saucy Salamander, despite the fact that Ubuntu Touch (based on Ubuntu 14.04) already uses Unity 8 and Mir.

But the Unity 7 for Ubuntu 14.04 has been rewritten entirely by Canonical. While the old Unity 7 theme was based on the metacity engine and has never been ported to GTK3, the new theme has been built on GtkStyleContext and uses CSS a lot.

Unfortunately, the new Unity 7 theme for Ubuntu 14.04 won’t work on Ubuntu 13.10 Saucy Salamander, unless it will be specially patched for that. 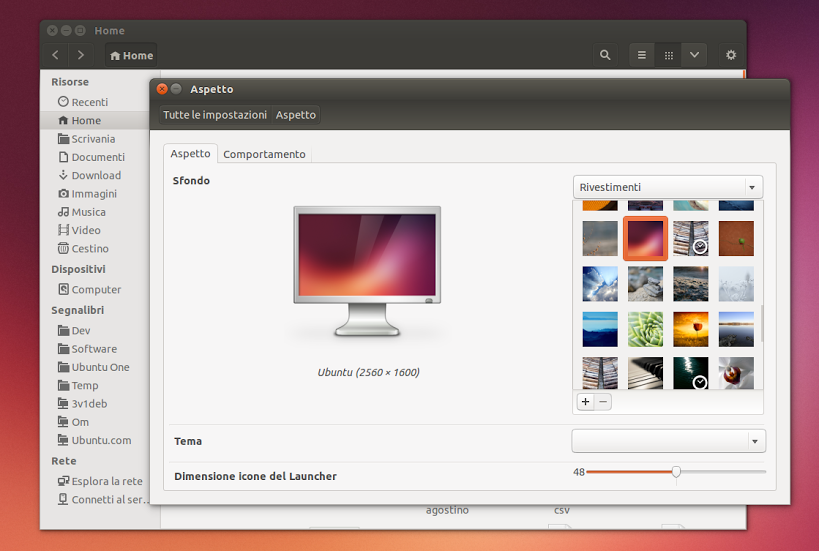 Canonical might implement a lot of new features in Ubuntu 14.04 Trusty Tahr, including the adoption of Qt 5.2, GRUB 2.02 Beta 2, and the torrent lens that enables the users to search for torrents, directly from the Unity Dash. Also, Mate 1.6 and Pepper Flash Player have been added to the default repositories of Ubuntu 14.04.