Hello Linux Geeksters. As you may know, Canonical has worked a lot lately at both the desktop and the mobile versions of Ubuntu, in order to get closer to convergence.

The idea of convergence is to create an unique system, capable of running on both a desktop and mobile device with a resizable “responsive” user interface. Ubuntu’s convergence has been demoed by Jono Bacon, Ubuntu’s Community Manager, via the Weather App and the Karma Machine. 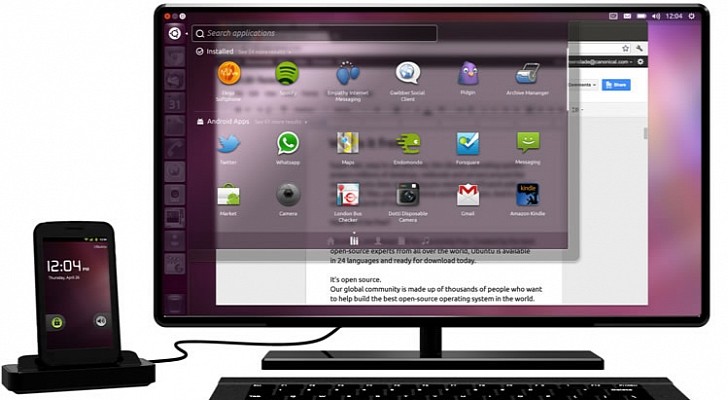 Via Ubuntu for Android, the users would have been able to plugin a monitor to their Android phone and run a version of Ubuntu desktop from the device, while receiving messages, calls and notifications via the main Android system. This concept is not so different to convergence afterall.