Hello Linux Geeksters. As you may know, Cinnamon is a fork of the Gnome 3 desktop environment, created by the Linux Mint developers.

Recently, Linux Mint’s Clem has announced the release of Cinnamon 2.2, which will be used by default on Linux Mint 17 Qiana (scheduled for release for May 2014). Also, it will be backported to LMDE Updated Pack 9. 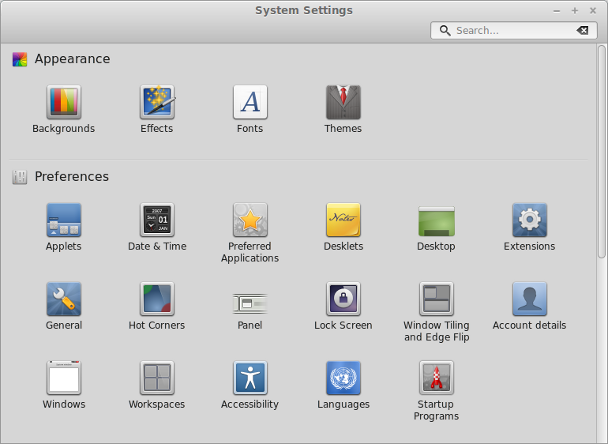 Among others, it comes with a better organized System Settings that displays all the options in one window, the Screensaver and Power Management have also received enhancements, the Regional Settings has been removed and the Keyboard Layouts has is now available via the Keyboard module, in order to provide better compatibility with MATE and KDE, support for HiDPI/Retina Display has been added and the Hot Corners and HUD have received improvements.

In this article I will show you how to install Cinnamon 2.2 on Ubuntu 14.04 Trusty Tahr.

Because it will be added to the Cinnamon Stable PPA soon, installing Cinnamon 2.2 on Ubuntu 14.04 is easy. All you have to do is add the ppa to your system, update the local repository index and install the cinnamon package. Like this:

But, until Cinnamon 2.2 gets added to the stable PPA, you can install the nightly version of Cinnamon 2.2, via the Cinnamon Nightly PPA, as starseed suggested in the comments:

Tagged with: cinnamon, how to install cinnamon on ubuntu, linux, linux news, news, ubuntu, ubuntu 14.04, unix
Posted in The Linux and Unix Articles!