Crest, A Top-Like Task Manager Has Been Released For Jolla’s Sailfish OS

Hello Sailfish OS Enthusiasts. Crest is a Unix top-like application (some kind of task manager), that displays the processes on the phone, sorted by CPU or memory usage, enabling the user to kill the processes he wants.

Also worth mentioning: the Memory column displaying the Resident Set Size (RSS) shows a bigger number for the memory usage, since it includes the shared resources. Also, the Average load includes the processes waiting for IO, so it does not display the CPU utilization exactly. 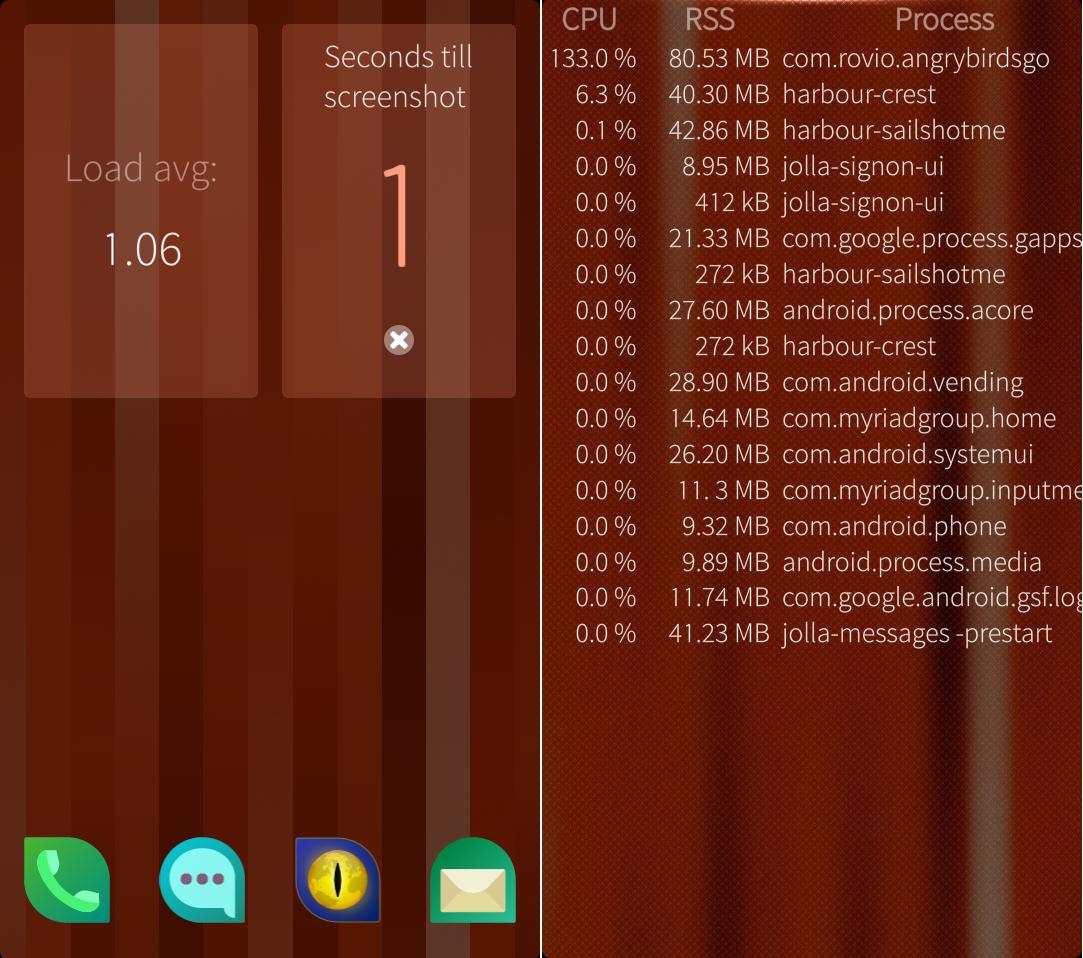 The latest version available is Crest 1.0.1, which has been recently released. In this article I will show you how to install Crest 1.0.1 on Jolla’s Sailfish OS.

Since Crest is available via OpenRepos.net, you can easily download the app and install it directly from the file manager.

Since Sailfish OS is pure openSUSE, you have to switch to developer mode, install zypper, add the repository and key, update the system and install Crest app. Like this:

To uninstall Crest, you have to install zypper (if you haven’t installed it already) and uninstall the app via zypper :