Hello Linux Geeksters and Raspberry Pi enthusiasts. The November’s edition of the MagPi, MagPi Issue 19 is now available for download. 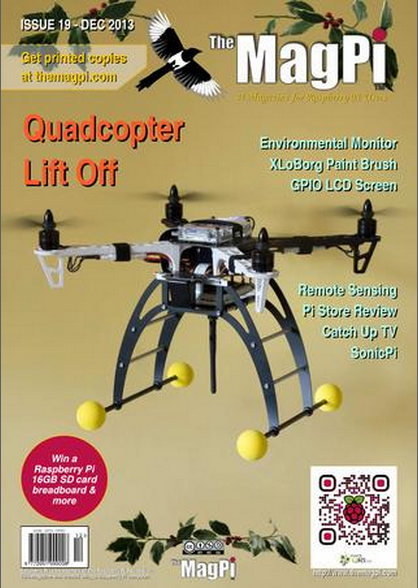 This month’s edition of The MagPi comes with information and instructions on creating nice Raspberry Pi projects, including instructions on how to create your own Pi-based quadcopter, details about Sonic Pi, which enables the users to program the RasPi board for playing Good King Wenceslas with ease, an OpenELEC tutorial for catching up tv shows on the Pi and a tour to the Pi Store.