Despite The Fact That Mozilla Has Almost Dropped The Thunderbird Development, Its Adoption Rose In The Last Couple Of Years

Hello Linux Geeksters. As you may know, Thunderbird is developed by Mozilla, but unlike Firefox, which gets constant updates and receives new features, it does only receives security fixes, due to the fact that Mozilla does not see a future for their e-mail client.

Most likely, Mozilla Thunderbird is the most popular e-mail client on Linux and Unix systems, despite the fact that there are other clients that get updates more often, but lack a lot of features, in comparison with Mozilla’s one.

Being neglected by Mozilla, many third party developers from the onlie community have contributed with code for Thunderbird, new features being added. 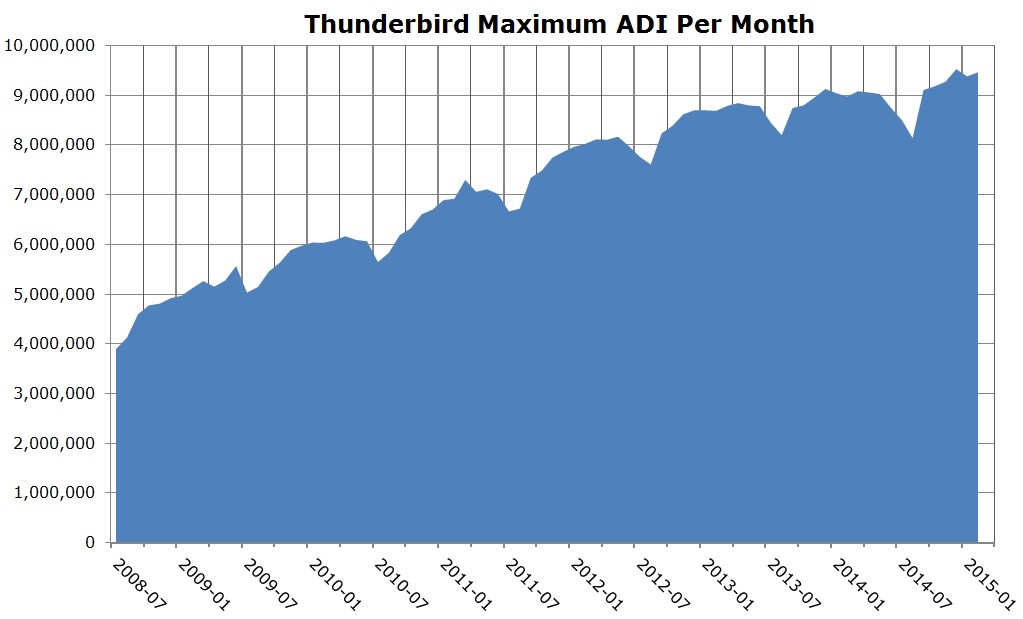 The top 5 countries that use Thunderbird are Germany, Japan, United States, France, Italy.

If you want to install the latest version of Thunderbird on your Linux system, follow the instructions from this article.

Tagged with: linux news, news, thunderbird
Posted in The Linux and Unix Articles!