Hello Linux Geeksters. The Fedora developers are thinking at porting Elementary OS’s Pantheon Desktop to Fedora. If this happens, Pantheon will be available via the default repositories of Fedora, starting with Fedora 22, which will be released next year. 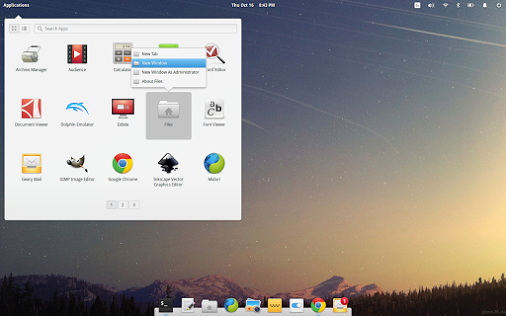 If this gets done, it will be a real benefit for both Fedora and the Fedora enthusiasts, because Pantheon became very popular among the lightweight desktop environments.

Also worth mentioning, Pantheon is already installable on Gentoo, it will be soon available for Arch Linux as well and the Elementary OS developers are working at bringing it to Debian systems.

For those who don’t know yet, Pantheon Desktop is a lightweight desktop environment developed in Vala and GTK3, being available by default on Elementary OS. It provides a dockbar, its customized version of Nautilus, the Wingpanel and many other things that make Elementary OS beautiful.