Posted on November 30, 2013 by Geekster — No Comments ↓
Hello Linux Geeksters. Some third party developer has created a Tetris-style application, called FallingBlocks. The new app has been tested only on the Ubuntu Touch Emulator, but it should also work in the your Ubuntu Touch device.

To get FallingBlocks on your Ubuntu Touch device, just search for “fallin blocks” in the Ubuntu Store. 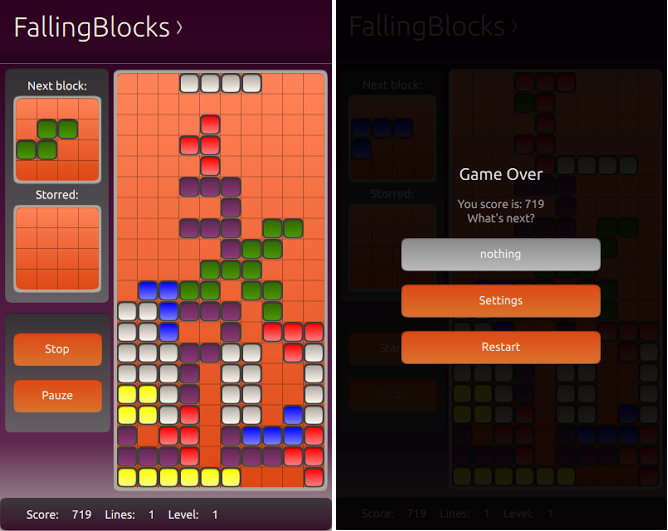