Firefox 31.0 And Thunderbird 31.0 Are Both Available Via The Default Repositories Of Ubuntu 14.04

Hello Linux Geeksters. As you may know, both Firefox 31.0 and Thunderbird 31.0 have been added to the default repositories of Ubuntu 14.04 Trusty Tahr and derivative systems.

Among others, Firefox 31.0 comes with an enhanced search bar, allowing the users to carry targeted searches in the search engines directly from the new Favorites tab, the users now get access to the most visited websites by clicking on the thumbnails, some features for developers have been implemented and the memory management of the browser has been improved.

Also, Thunderbird 31.0, comes with changes. Among others, some CSS variables have been fixed, the dark theme has been improved, so that the users can see the text beside the icons of the quickfilter, an “Open containing folder” feature has been added to the messages in search results, when a message, feed or newsgroup message is opened in a new tab, the tab is no longer transparent, the Address Book quick search now works properly, the slow responding feed favicons are now handled properly, double-clicking in a blank space no longer opens the Advanced Property Editor and the Ubuntu One Support has been removed. 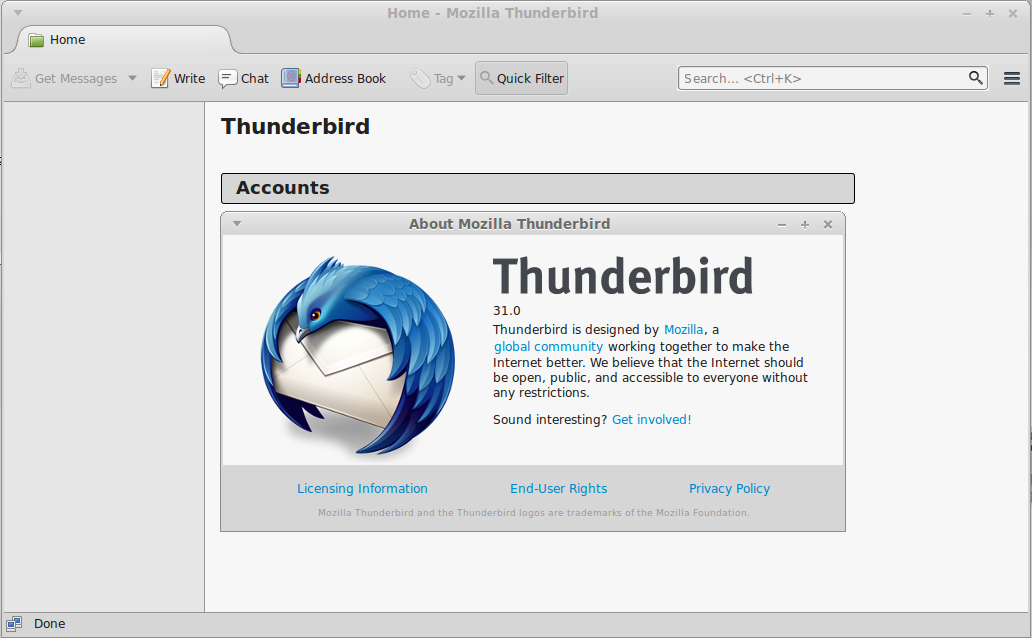 So, to install Firefox 31.0 and Thunderbird 31.0 on Ubuntu 14.04 Trusty Tahr, Linux Mint 17 Qiana, Pinguy OS 14.04, LXLE 14.04, Elementary OS 0.3 Freya, Deepin 2014, Peppermint Five, Linux Lite 2.0, Peppermint Five and other Ubuntu 14.04 derivative systems, you have to update the local repository index and install the firefox and thunderbird packages. Like this: