Firefox OS Gets WP Photos, An App For Publishing Photos On WordPress Photoblogs

With a simple interface, it enables the users to keep their photoblog up to date easily. Just take pictures, add title, caption, tags and message, and upload them to your blog. 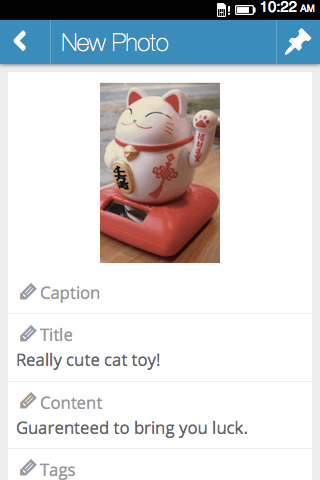 The WP Photos app for Firefox OS can be freely downloaded from the Firefox Marketplace.