Flappy Bird Has Been Ported To Ubuntu Touch

Hello Linux Geeksters. As you may know, while the popular Flappy Bird game is not available on Android and iOS anymore (because the development has been discontinued by its creator), it can be played on Canonical’s Ubuntu Touch.

A third party developer called Victor Thompson has created an app called Flappy Bird, which is almost identical to the Android version, based on the flappybird.io web app. 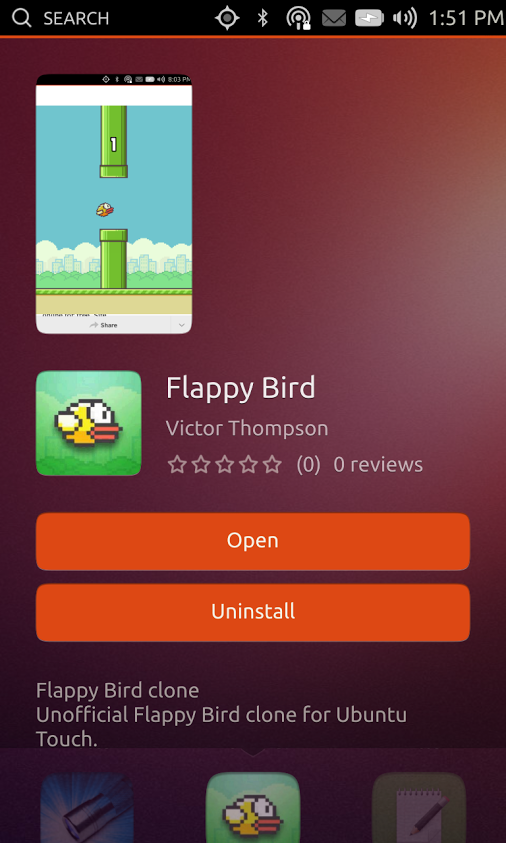 Despite the fact that the first stable version of Ubuntu Touch was based on Ubuntu 13.10, the development has switched to Ubuntu 14.04 and the latest Ubuntu Touch images are quite stable. Also, worth mentioning, Mark’s Shuttleworth big dream is to reach full desktop-mobile convergence somewhere between the releases of Ubuntu 14.10 and Ubuntu 15.04 (between October 2014 and April 2015).

One comment on “Flappy Bird Has Been Ported To Ubuntu Touch”