Gertduino: An Arduino Compatible Add-On Board For The Raspberry Pi Single Board ARM Computer

Hello Linux Enthusiasts. Gertduino is a $29.99 Arduino-Uno compatible, order-able via element14, add-on board for the Raspberry Pi single board computer, created by Gert van Loo. 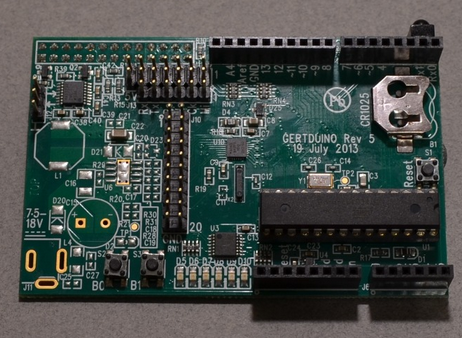 Gertduino is basiclly an Arduino having both an Atmega 328 micro-controller and  an Atmega 48 one with an IRDA interface, programmable on the Raspberry Pi using either Arduino GUI or GCC Atmel compiler, a battery used as backup power supply and a high-precission real-time clock, created for developers.

To see Gertduino at work, see the above video (by Emily Boswijk):