How To Enable The Long Awaited Minimize On Click Feature On Ubuntu 14.04 Trusty Tahr

Hello Linux Geeksters. As you may know, Ubuntu 14.04 Trusty Tahr got a very requested feature that enables the users to minimize applications by clicking on the Launcher Icon.

To get this new feature, you have to install the compizconfig-settings-manager package first.

Next, from the CompizConfig Settings Manager, enable the Minimize Single Windows Application (Unsupported): 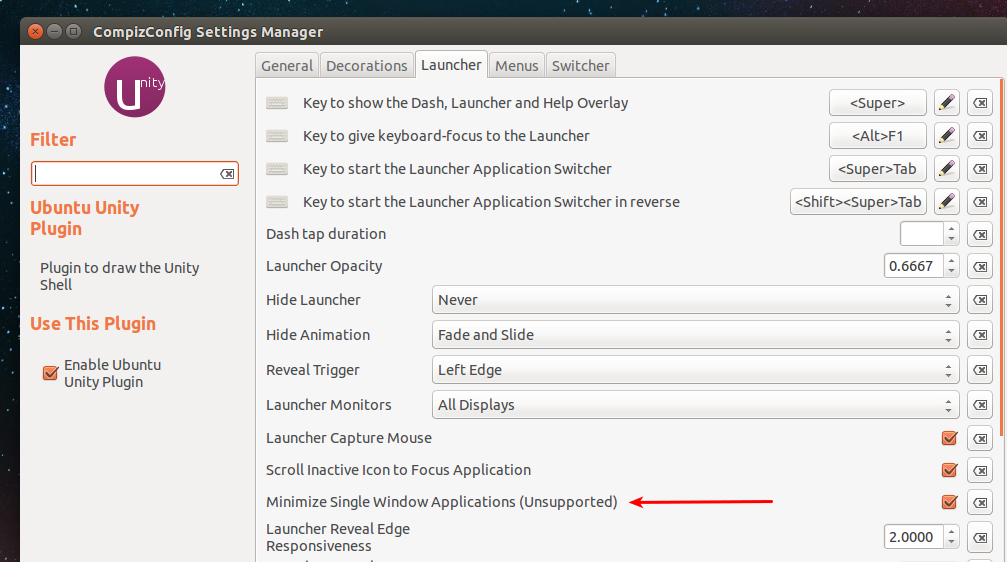 Also, the geeks from Tech Drive In have demoed this new feature in the below video:

via Tech Drive In