Hello Linux Geeksters. As you may know, Atom is an open-source, multi-platform text editor developed by GitHub, having a simple and intuitive graphical user interface and a bunch of interesting features for writting: CSS, HTML, JavaScript and other web programming languages. Among others, it has support for macros, auto-completion a split screen feature and it integrates with the file manager.

The latest version available is Atom 0.196.0, which has been released a while ago, coming with the below changes: 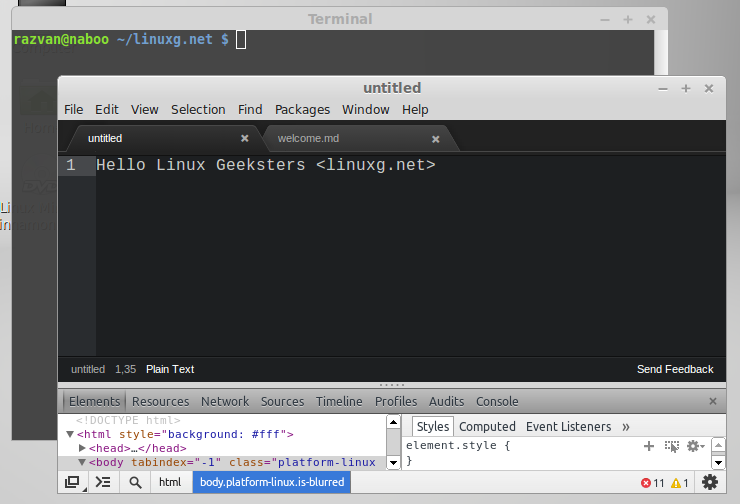 Because it is available via the COPR repositories, installing Atom 0.196.0 on the latest Fedora and CentOS is easy.

Follow the below instructions exactly, in order to get a successful installation.