Hello Linux Geeksters. As you may know, Diodon is a lightweight clipboard manager for Gnome and Unity, with support for the Ubuntu indicator. Also, it has a clipboard sync feature, the key combinations can be changed by the users and has a customizable size.

The latest version available is Diodon 1.2, which has been released a while ago, coming mostly with bug-fixes. Among others, it now runs at startup properly, the typelib has been binded to libdiodon and the application has been migrated from liunique to GtkApplication. 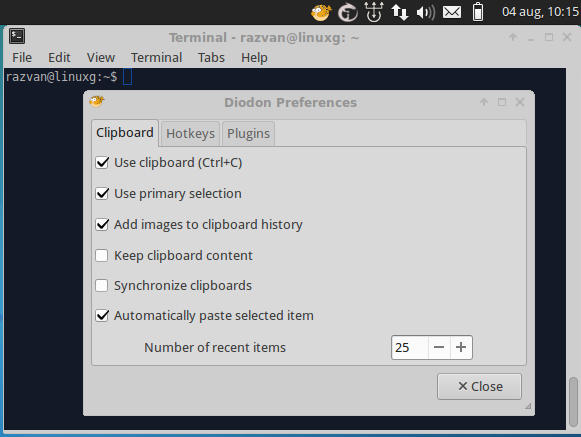 Because it is available via PPA, installing Diodon 1.20 on Ubuntu 14.04 and derivatives is easy. All you have to do is add the ppa to your system, update the local repository index and install the diodon package. Like this:

Optional, to remove diodon, do: