Hello Linux Geeksters. As you may know, KPhotoAlbum is an open-source tool for annotating photo images, so that you can easily search for photos by descriptions. While it is developed in Qt, specially created to for KDE, it also works on other desktop environments, but it requires a lot of KDE dependencies.

The latest version available is KPhotoAlbum 4.5, which has been released a while ago. Among other changes and improvements, KPhotoAlbum has received an Andrid client, available via Google Play that allows the users to view the photo database that is running on the desktop. Also, it has received positional tags, the saving speed has been improved and bug-fixes have been implemented. For more information about this release, see the changelog. 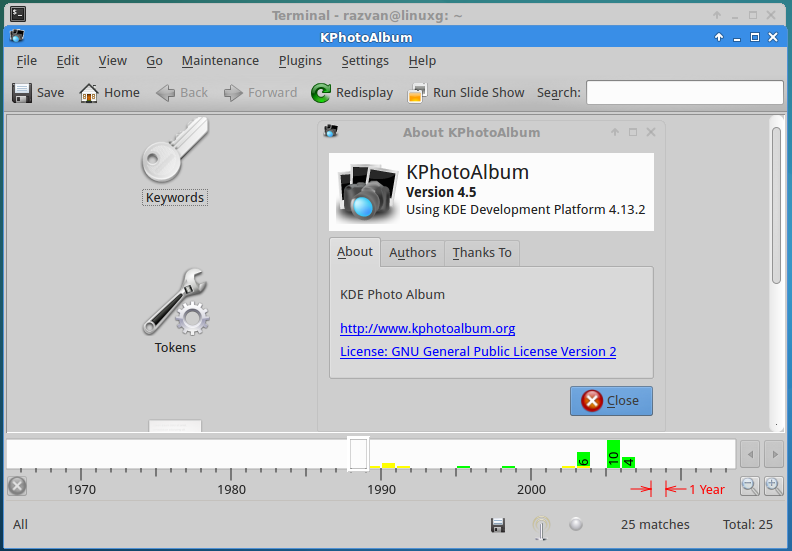 Because it is available via PPA, installing kphotoalbum 4.5 on Ubuntu 14.04 and derivative systems is easy. All you have to do is add the ppa to your system, update the local repository index and install the kphotoalbum package. Like this:

Optional, to remove kphotoalbum, do: