Hello Linux Geeksters. As you may know, Krita is an open-source image manipulation software, allowing the user to either create pictures from scratch or edit existing images. It is good because it supports most graphics tablets very well.

The latest version available is Krita 2.9 Beta 1, which has been recently released, coming with the below changes. 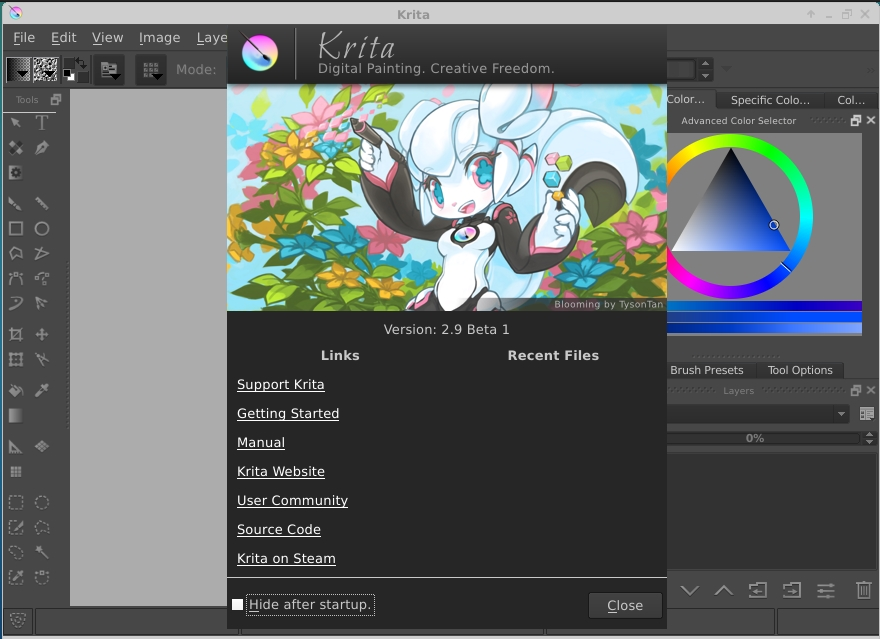 Because it is available via PPA, installing Krita 2.9 Beta 1 on Ubuntu 14.10, Ubuntu 14.04, Ubuntu 12.04 and derivative systems is easy. All you have to do is add the ppa to your system, update the local repository index and install the krita package. Like this:

Optional, to remove krita, do: