How To Install Meld 3.11.2 On Ubuntu, Linux Mint, Debian, Fedora, OpenSUSE, Mageia And Their Derivative Systems

Hello Linux Geeksters. As you may know, Meld is a visual diff and merge tool, capable of comparing files, folders and projects with versioning support.

The latest version available is Meld 3.11.2, which is the third development release for the upcoming Meld 3.12. Among others, the Alt+Left or Alt+Right key shortcuts have been removed, the storing translated column names has received better configuration, the behavior of the “Open External” action has received improvements and now handles spaces in filenames when using the custom editor option,  some bugs for already known issues have been implemented and new translations have been added. 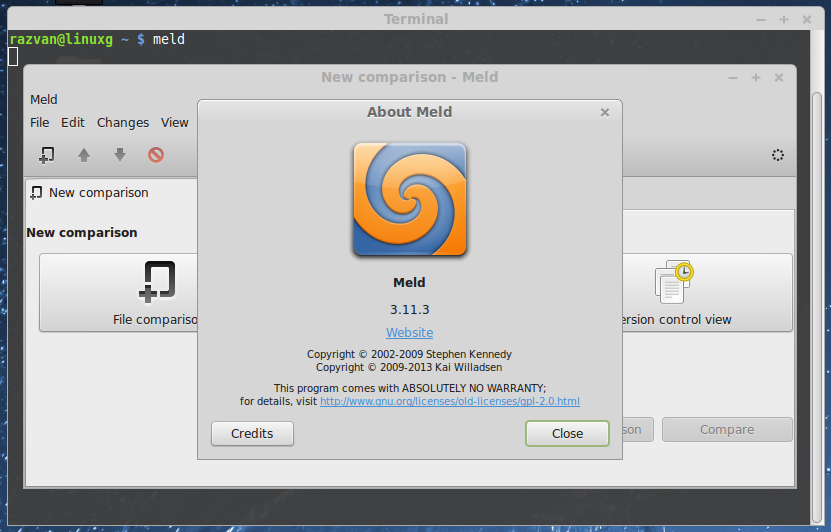 The easiest way to get Meld 3.11.2 on the most popular Linux systems, is to clone the Meld source from Git and symlink it, for an easier usage:

To start the app, type meld in the terminal.

Optional, to remove meld, do: