Hello Linux Geeksters. As you may know, Mumble is a voice chat program used by gamers. The Mumble client has support for the most popular 3D applications. In order to be able to talk with your friends, you also need to install the server (mumble-server package).

The latest version available is Mumble 1.2.8, which has been recently released, coming with a bunch of changes. Among others, OpenSSL has been updated to version 1.0.0, a PulseAudio issue has been fixed and some other bug-fixes have been implemented. For more information, see the changelog. 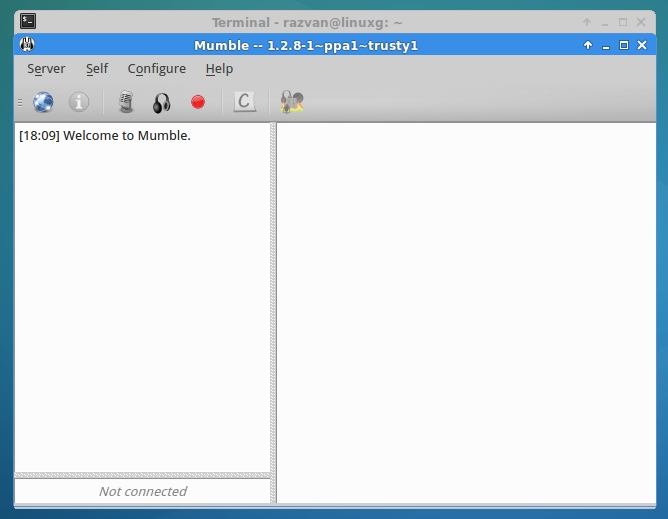 Because it is available via PPA, installing Mumble 1.2.8 on the listed Ubuntu, Linux Mint, Pinguy OS, LXLE, Elementary OS and other Ubuntu derivative systems is easy. All you have to do is add the ppa to your system, update the local repository index and install the mumble package. Like this:

Optional, to remove mumble and mumble server, do: