How To Install NSnake 2.0.0 On Ubuntu, Linux Mint, Elementary OS, Debian And Other Debian/Ubuntu Derivative Systems

Hello Linux Geeksters. As you may know, Snake is a popular game which is available by default on the old Nokia phones.

Alex Dantas, a third party developer has created a terminal-based clone of Snake, called NSnake, which has a few features missing from the original game, including: three maze sizes, the snake can eat more than one fruit at the same time and random walls are spawned, in order to make the game a little more difficult.

The latest version available is NSnake 2.0.0, which has been recently created. 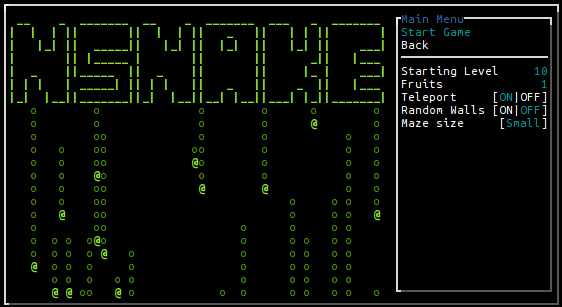 In this article I will show you how to install NSnake 2.0.0 on Ubuntu, Linux Mint, Elementary OS, Debian and Debian/Ubuntu derivative systems.

Because it is not available via PPA, we have to install NSnake 2.0.0 from sources. Follow the below steps exactly, in order to get a successful installation.

Extract the archive and cd into the extracted folder:

Alias NSnake, for an easier usage:

Now, just type snake in the terminal, to open the app.

One comment on “How To Install NSnake 2.0.0 On Ubuntu, Linux Mint, Elementary OS, Debian And Other Debian/Ubuntu Derivative Systems”