Hello Linux Geeksters. As you know, Opera is a popular web browser, available for Linux, Mac OS X and Windows. Last year, Opera has adopted Google’s forked WebKit engine, the new versions of the browser being based on Chromium. After the release of Opera 12.16, the Linux support has been dropped, until now when Opera 24 has been released for both Linux and Windows.

Opera 24 is available only as an amd64 deb package (for 64 bit systems), being optimized only for Unity and Gnome Shell. Most likely, the stable version of Opera 24 will run on other desktop environments and Linux systems as well, not just 64 bit Ubuntu systems using Unity or Gnome Shell.

Among others, Opera 24 got an enhanced version of Speed Dial, enabling the users to easily access their most visited sites, the new Stash feature enables the users to save webpages to be accessed later easily, via the heart icon in the address bar, the Discover feature helps the users find related content to a specific location and the Tab Peek feature permits the user to see the content of a tab by putting the mouse on the tab bar. 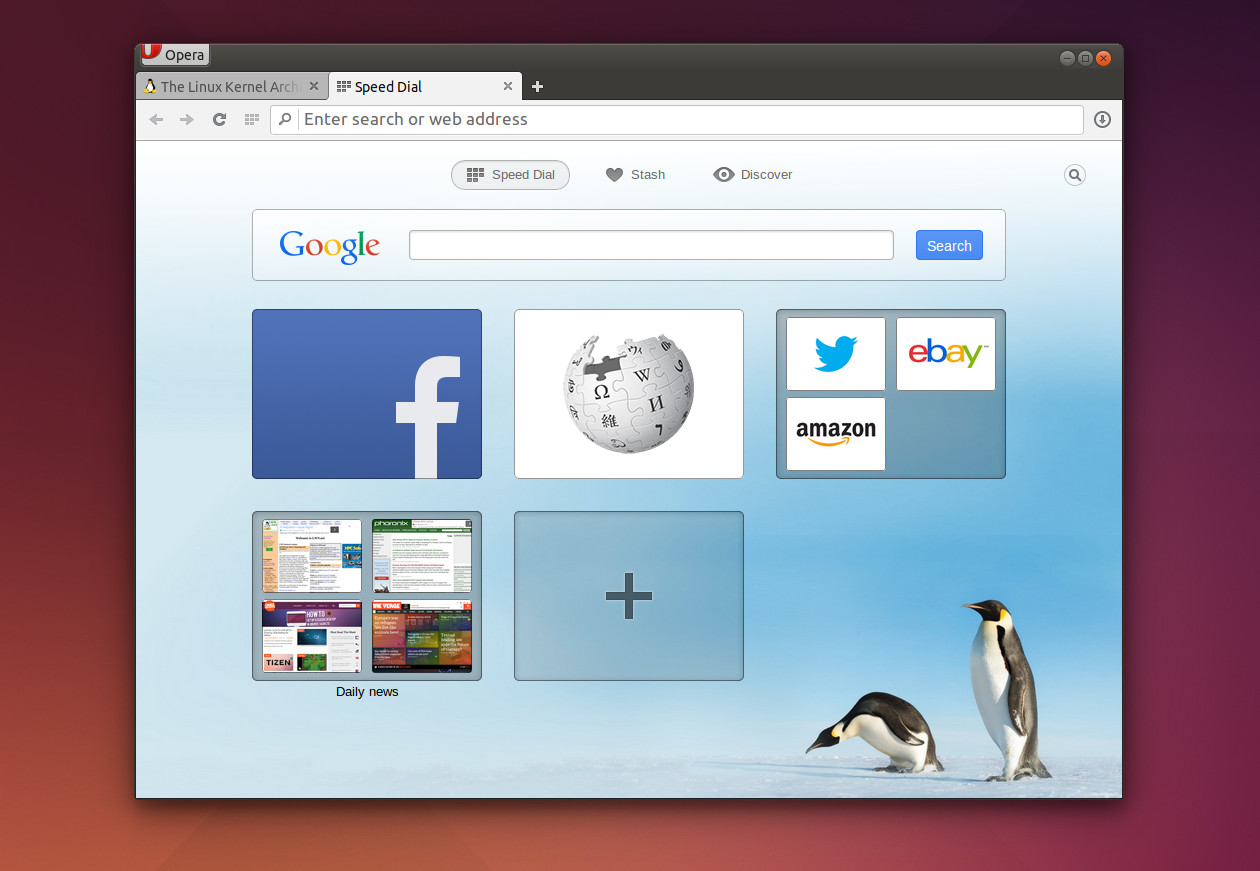 Because the developer branch of Opera is not available via any repository, we have to download the Opera 24 deb package from the Opera pool and install it via command-line. I prefer gdebi over dpkg, due to the fact that it also handles dependencies.

Because the Opera 24 deb package gets updated frequently, most likely version 24.0.1543 will be replaced by a new one soon, so when this link becomes obsolete, download the deb for amd64 Ubuntu systems from HERE and install it via gdebi.

Tagged with: how to install opera on ubuntu, opera, ubuntu, ubuntu 14.04
Posted in The Linux and Unix Articles!