How To Install Pale Moon Via The PMInstaller. Bonus: Export Your Firefox Profile To Pale Moon Easily

First, download the Palemoon Installer from sourceforge (if the link becomes invalid because pminstaller reaches a new version, go on sourceforge and download it yourself):

Execute the pminstaller script and enter the root password:

Next, choose Install Pale Moon to install the browser and press OK. 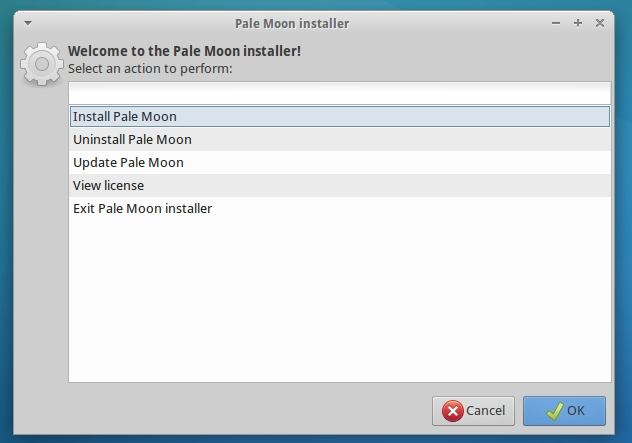 Next, choose latest version from the list and press OK.

After this, the installing process starts: 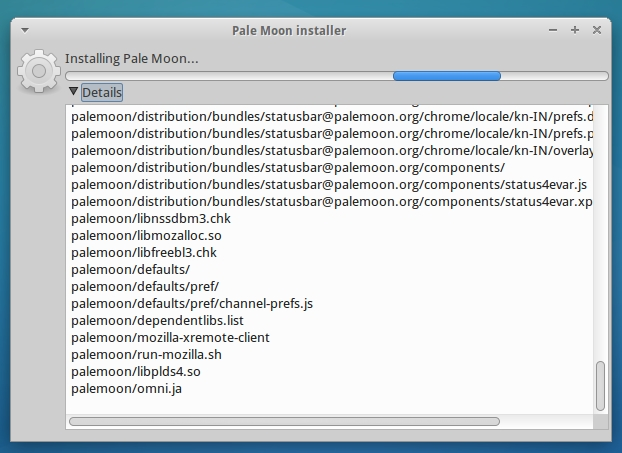 Before the installation gets done, update-alternatives will be ran and you will be asked to choose the system’s default browser.

This is it. Enjoy.

Also, if you want to import your Firefox profile to Pale Moon, do:

Also worth mentioning, due to the fact that Pale Moon is not based on the latest Firefox version, but on Firefox ESR, some extensions may not work on Pale Moon.

Tagged with: how to install pale moon on linux, pale moon
Posted in The Linux and Unix Articles!