Hello Linux Geeksters. As you may know, Task Coach is an open-source todo manager, available for the most important desktop and mobile platform, including Linux, permitting the users to easily keep track of the tasks they have to perform.

Among others, it enables the users to create and manage task lists, prioritize tasks and set starting and ending dates for certain tasks, view all the scheduled tasks as list, organize the tasks into categories, create task by importing emails from an email client. Also, it has support for adding attachments via drag-and-drop, from emails, or from URLs, mark tasks as uncompleted or done and permits the users to export the task coach files to HTML or CSV.

The latest version available is Task Coach 1.4.0, which has been released a while ago, coming with a few changes: 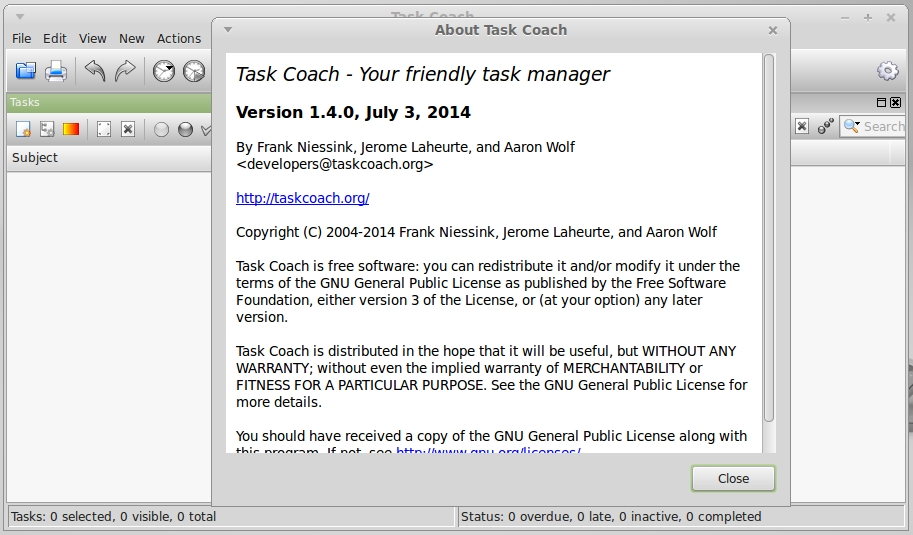 Because it is available via PPA, installing Task Coach 1.4.0 on the listed Ubuntu, Linux Mint, Pinguy OS, LXLE, Peppermint, Deepin, Linux Lite and Elementary OS systems is easy. All you have to do is add the ppa to your system, update the local repository index and install the taskcoach package. Like this:

Optional, to remove taskcoach, do: