Hello Linux Geeksters. As you may know, XiX Music Player is an open-source lightweight music player that has support for most popular architectures, including ARM, therefore works well on both Linux and Raspberry Pi Systems.

Despite the fact that it very lightweight, it has support for the following formats: MP3, OGG, M4A, FLAC, has features that enables the users to play and rip MP3 and FLAC CDs/DVDs, has support for creating playlists, download podcasts, shuffle and repeat, reverse play, copy/delete/rename function, etc.

The latest version available is XiX Music Player 0.39b, which has been recently released, coming with some new features and improvements: 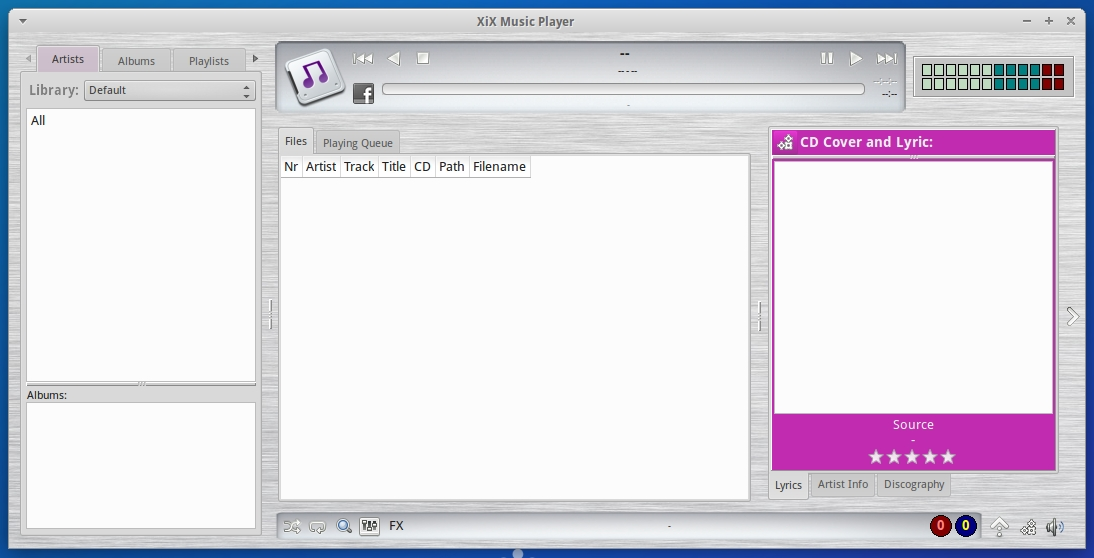 Because it is available via PPA, installing XiX Media Player 0.39b on Ubuntu 15.04, Ubuntu 14.10, Ubuntu 14.04, Ubuntu 12.04 and derivative systems is easy. All you have to do is add the PPA to your system, update the local repository index and install the needed package.