Hello Linux Geeksters. As you may remember, I have written about Alan Bell’s initiative to build a “Raspberry Pi Build Cluster for Ubuntu”, a cluster created from 32 Raspberry Pi, in mid-November 2013, that will be capable of running Ubuntu 14.04 Trusty Tahr, Ubuntu 13.10 Saucy Salamander and Ubuntu 12.04 Precise Pangolin (despite the fact it has an ARM architecture).

The crowdfunding campaign has ended well and Alan Bell has shared some pictures of the work-in-progress cluster: a wooden structure and the Raspberry Pis placed as they were part of a huge server. 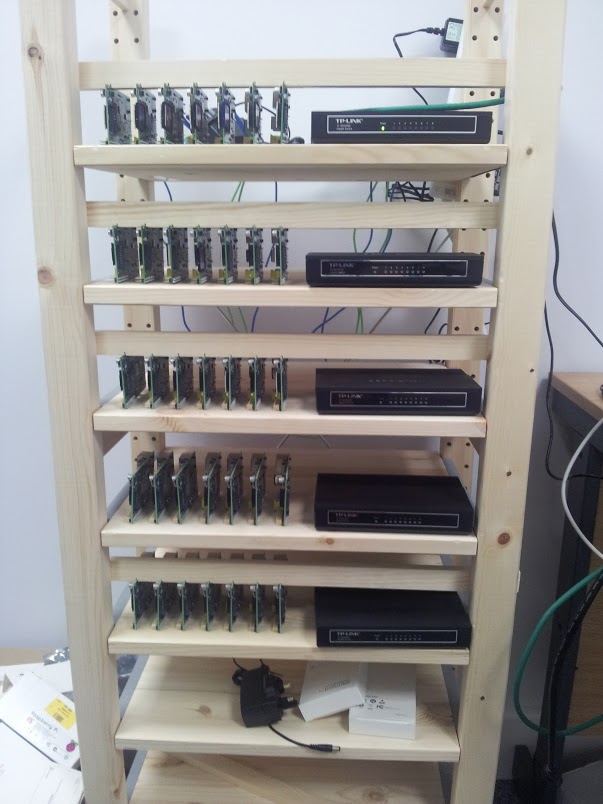