Everpad is an open-source Evernote client that syncs with all your Evernote-enabled devices. The client can access all the features of Evernote and integrates very well with the Unity desktop, permitting the users to use the Unity search engine to search in the Evernote notes along with local Linux files.

But Everpad also works with other desktop environments, despite the fact that it has been created with Unity in mind.

The main features of Evernote, for those not familiar with the note taking service:

The latest version available (of Everpad) is Everpad 2.15.8, which has been released two years ago, but recently its PPA got packages for Ubuntu 15.04 Vivid Vervet. 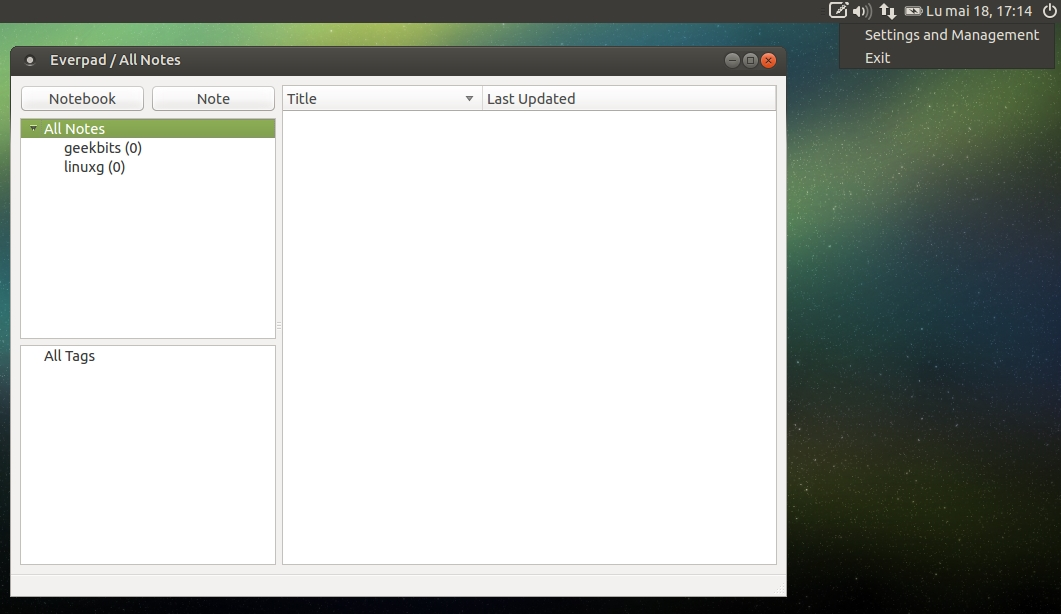 Everpad is available via PPA, so installing it and keeping it up to date is piece of cake. All you need to do is add the PPA to your system, update the local repository index and install the everpad package:

If you feel the need to remove everpad, do: