Hello Linux Geeksters. Starting with Firefox 29 beta, the users will be able to install Firefox OS applications on their Android phones, via the Firefox Marketplace. 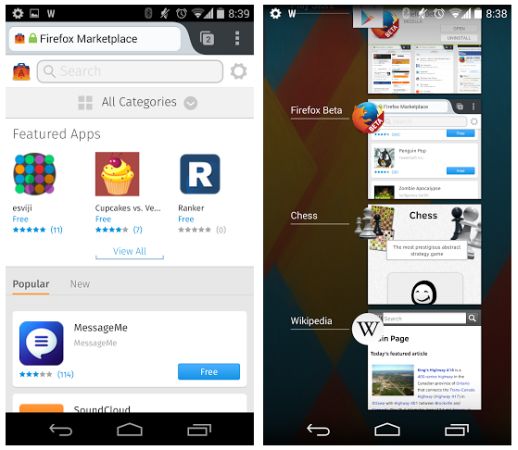 For now, the Firefox OS apps create a launcher on the home screen (and will show up in the app drawer) and they open in an internet browser (with a simplified interface). When a Firefox OS app is uninstalled, its icon remains on the phone, but it opens the Mozilla browser when launched.

To get Firefox OS apps via Firefox 29 Beta, go to menu and from tools choose Apps. The browser downloads the needed packages and installs them, via the Android installer.