Hello Linux Geeksters. As you may know, BQ and Meizu are the first two Ubuntu phone manufacturers, being announced by Mark Shuttleworth a couple of months ago.

While BQ has already released its BQ Aquaris E4.5 Ubuntu Edition, Meizu has hold the information regarding their Ubuntu phone to be released at the Mobile World Congress (MWC 2015). Recently, the Chinese phone manufacturer has announced that their first Ubuntu phone will be Meizu MX4, which will be launched internationally, and not only in Asia, with Ubuntu. 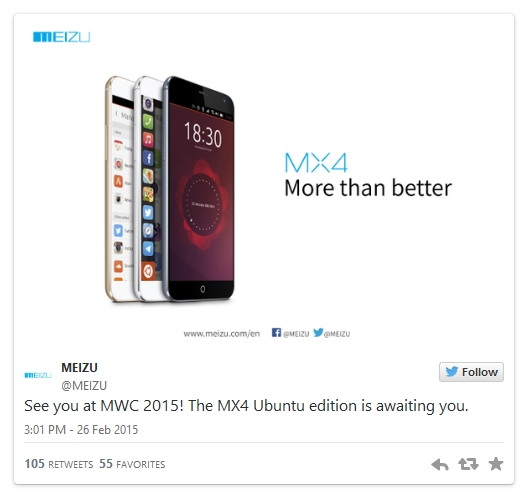 The Meizu MX4 running Ubuntu Touch will be present at both the Meizu and Canonical booths at MWC 2015 in Barcelona.