Jolla Will Be Available In Denmark Via The Three Mobile Operator

Hello Linux Geeksters. As you may know, Jolla is a project developed by former Nokia employees. The first Jolla smartphone is running on Sailfish OS, a modified Megoo Linux system, which is Android compatible, uses Wayland as the default display server , uses Nokia N9’s Maliit touchscreen keyboard and comes with interchangeable covers, allowing the users to easily switch them, in order to change the color/model of the phone and comes with impressive hardware specifications.  A presentation video of Sailfish OS running on Jolla can be found here. 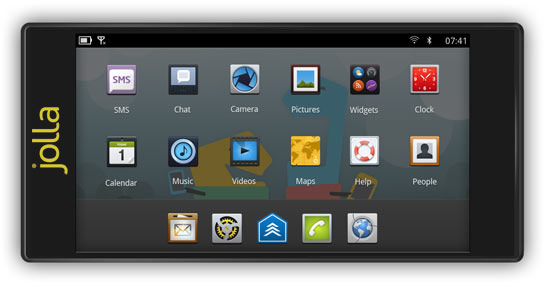 There is no official announcement yet, but Jolla can be already pre-ordered at the Three mobile operator in Denmark, so we can be certain the Finnish smartphone will be available in Denmark, in the not so distant future.

Three operates in Australia, Austria, Denmark, Hong Kong, Macau, Indonesia, Ireland, Italy, Sweden, and the United Kingdom, so it would be awesome if Jolla would be available in at least a few of this countries, via Three.