Hello Linux Geeksters. As a reminder, the Karma Machine is one of the Ubuntu App Showdown 2013 Contest’s winners, among other two, Saucy Bacon and Snake.

For those who don’t know yet, Karma Machine is a Reddit app with touch gestures, in order to enable the users to easily upvote and downvote articles and comments. It has support for user accounts, has a nice interface and good animations, being one of the best Reddit apps on all the platforms. It is based on a beta version of the Ubuntu SDK. 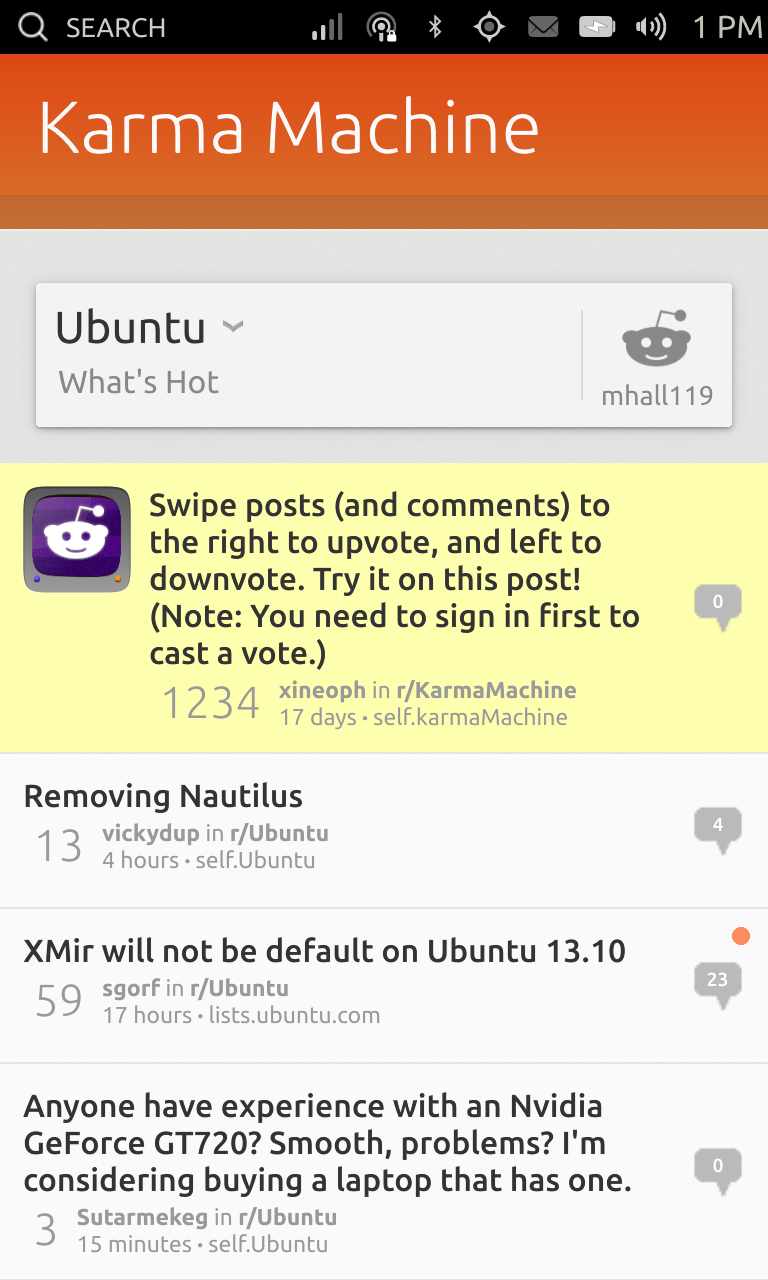 Jono Bacon, the Ubuntu Community Manager has created a demo video of the Karma Machine, running on a desktop version of Ubuntu. This from Bacon’s blog:

“In the video you can see the app first at the size of a phone as I demonstrate it’s features, and then I re-size it to the size of a desktop app. Karma Machine effortlessly re-sizes and adjusts to make the best use of the space available while exposing the same core functionality…all from the same code-base,”

Canonical will still need to update toolbars, scrollbars and many others, but it is already usable.