Hello Jolla Enthusiasts. NFC Keyring, recently renamed NFC Wallet is an application that enables the users to store their passwords safely, on the Jolla phone, in /home/nemo/.config/nfcwallet/nfcwallet.json.crypt, using the SHA256 algorithm for the encryption of the PIN code plus IMEI.

For now, there is no support for the ATM API, so the users have to login using their Pin code. The latest version available is NFC Wallet 0.3.1, which has been recently released. 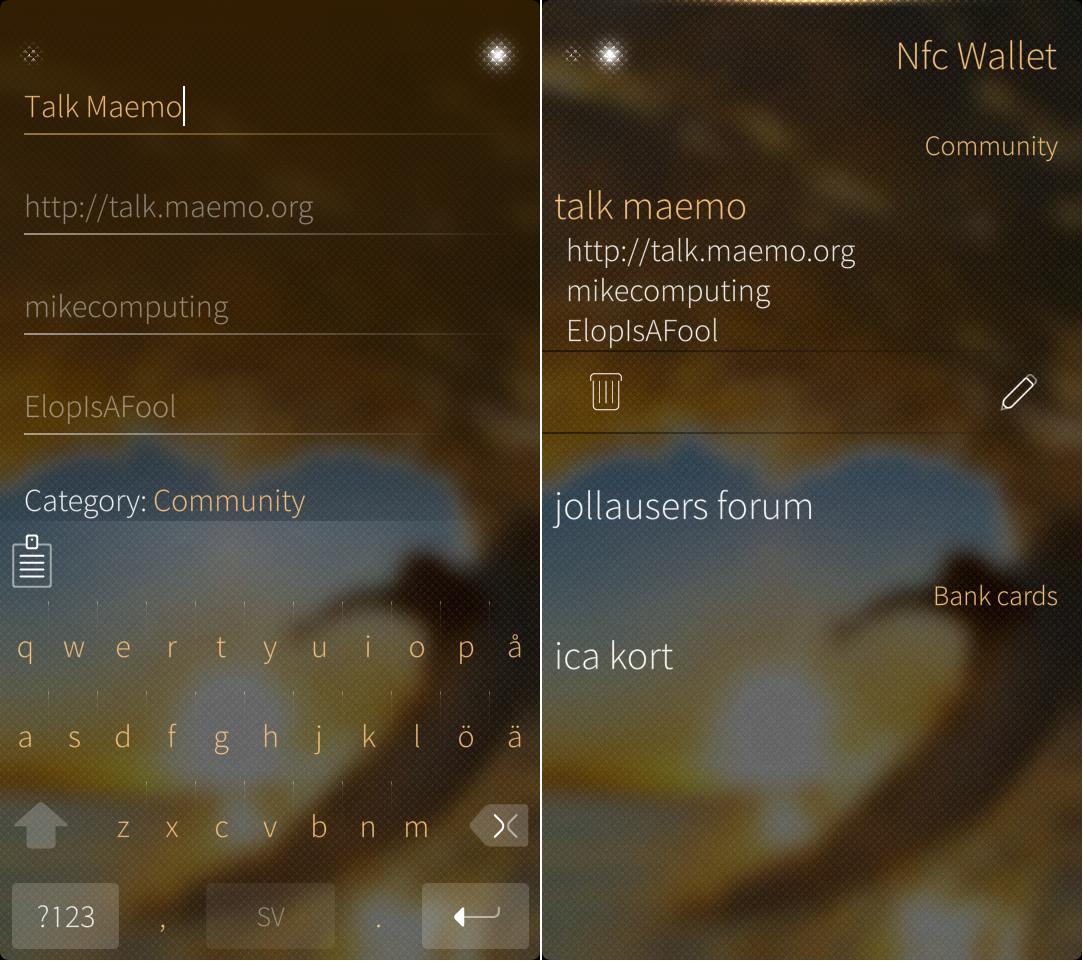 Because it is available via OpenRepos.net, installing NFC Wallet can be done via either Warehouse or by downloading the NFC Wallet rpm package and installing it directly from the file manager, by double-clicking the package. Download NFC Wallet.