Hello Linux Geeksters. As you may know, Firefox OS is a new mobile operating system, based on Linux and developed by the Mozilla developers. After Alcatel One Touch Fire, LG Fireweb (LG D300) has been also released on Brasil yesterday. 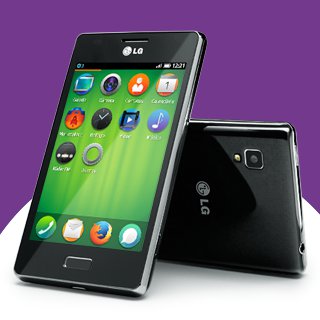 LG Fireweb comes with Facebook integration features, and some pre-loaded apps, including: Cut the Rope, Twitter, HERE maps, Firefox Web browser and Firefox Marketplace. Google’s Youtube Application For Firefox OS and many other apps can be downloaded via the Firefox Marketplace.

Firefox OS on LG Fireweb has been demoed in the above video:

Like Alcatel One Touch Fire, also LG Fireweb has been released at a low price, via the Telefonica mobile operator. The price should be about $59 or 129 Brazilian reals. Telefonica will also release Firefox OS smartphones in Mexico, Peru and Uruguay soon.