Linus Torvalds Is Upset Again, This Time On The Fedora Developers

After the already famous “F*** You, Nvidia”, Linus Torvalds now insults the Fedora developers. He is upset because the Fedora team does not regenerate the distro images with new kernels and packages and so, the users don’t get full functionality from a system using both old kernel and packages installed on a new laptop. 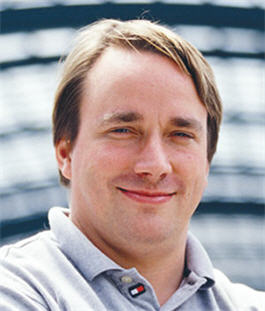 The ISO images of Fedora 19 contain a version of Kernel 3.9, which is old, since the latest stable kernel available is 3.11. And so, if the users don’t get wireless support on their Fedora system because of the kernel, who will they be able to install a new kernel, since they don’t have internet access.

A while after Linus has posted his complaints on Google+, one of the Red Hat developers has commented that they don’t have enough people for testing and they can’t upload images that might not work either.

This is how the Linux godfather answered to the Red Hat developer:

“Because right now you say ‘we don’t have Q&A to verify the images,’ and I’m telling you that’s [expletive], because the old image is known to be broken, so claiming that the new images might be broken is all kinds of stupid, isn’t it?” said Torvals. He didn’t stop there.

“So all your arguments are just [expletive] stupid. Call it F19.x, warn people that it’s ‘more up-to-date,’ and just stop making stupid excuses for having an image THAT DOES NOT WORK, because you want to not test whether the new image MIGHT NOT WORK,” also said Torvalds.