Linux Mint 17.1 Will Be Codenamed “Rebecca”, Will Receive Folder Emblems, A Better Nemo Toolbar And An Enhanced Cinnamon Screensaver

The Linux Mint developers have recently announced that Linux Mint 17.1 will be named “Rebecca” and will be based on Ubuntu 14.04 LTS.

Not long ago, we have announced that the next Linux Mint systems will be released in different colors, not only green, meaning that the theme and icon colors will be also changed, for both the Cinnamon and Mate desktop environments.

A new option that allows the users to customize their folder emblems has been added. This option was already available in GNOME 2, but wasn’t adopted on either Cinnamon, Mate and GNOME 3. This feature is not big, but most likely provides a better and easier usability.

Also, a new Nemo Toolbar is under works, to improve the look of the breadcrumb pathbar. 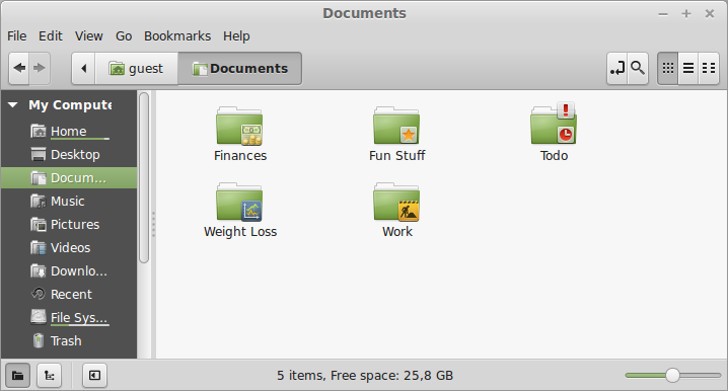 Starting with the next iteration of the Cinnamon Screensaver, the users will be able to add a custom message to be displayed on the screensaver, and to remove the date and time so that the screensaver displays only the background image.

As you may know, the Linux Mint developers have decided to use only the LTS versions of Ubuntu as code base for future Linux Mint systems, starting with Linux Mint 17 Qiana.