Linux News: After Mageia 4 And Fedora 20, Also SolusOS 2 Will Be Released With The Gnome 3.10 Desktop Environment

Hello Linux Geeksters. For those who don’t know, SolusOS 2 is a new Linux system, built from scratch, despite the fact that the previous version of SolusOS was Debian based.

This screenshot has been posted by one of the SolusOS 2 developers on Google+. 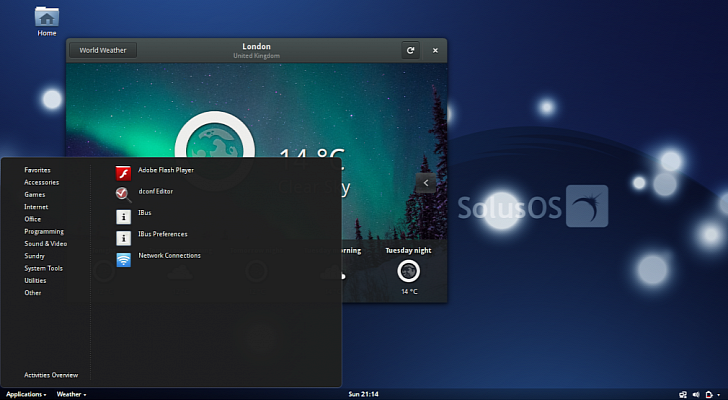 Fedora 20, which will be released on the 17th of September will come with GNOME 3.10 by default. It will be the first Linux system having support for Wayland, by default.