Hello Firefox OS Enthusiasts. As a reminder, Firefox OS is a new Linux based mobile operating system, built by using the new HTML5 technology by the Mozilla developers. For now, it is used as default on smartphones with modest hardware specs, developed by LG, ZTE, Alcatel, Geek and a few others. It has been also ported experimentally on the Google Nexus 7 tablet, but there are some apps that don’t work yet.

Loqui IM is now available for Firefox OS. As you may know, it is a free chat application with support for the XMPP protocol, enabling the users to sign in to Facebook Chat, Google Hangouts or GTalk, Microsoft Lync, Nimbuzz. Also, support for group chats, video calls, security and encryption standard point to point will be added, in order to provide a good WhatsApp experience, which is awesome since we don’t know for sure when an official WhatsApp client for Firefox OS will be released. 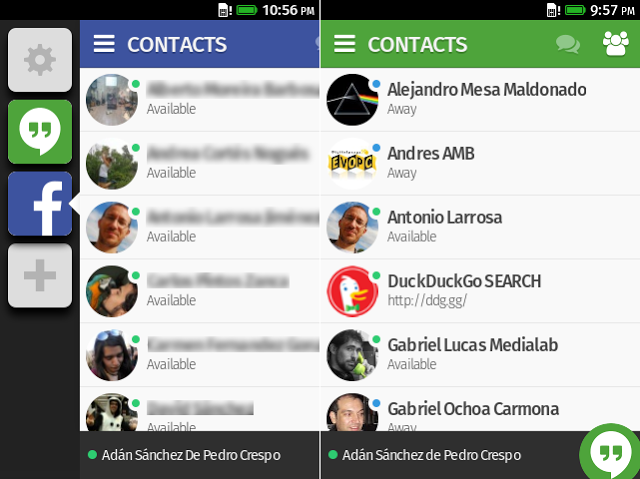 Loqui IM is available via the Firefox Marketplace, so installing it on your Firefox OS device is easy. The chat client is good because it connects directly to the WhatsApp servers via the TCP sockets. Many other interesting apps are available via the Firefox Marketplace, including: Sticky, YouTube App, Badoo, Box, Poppit, KAYAK, SoundCloud, The Weather Channel, TimeOut and TMZ.