Hello Linux Geeksters. As you may know, LXQt (LXDE-Qt) is a lightweight desktop environment, unifying both LXDE and Razor-Qt. It uses PCManFM-Qt, a version of PCManFM, re-written in Qt, as the default file manager and Openbox as window manager and has support for Wayland, a new display server developed by Red Hat.

For now, LXQt is used by default on Siduction, but it can be installed on Arch Linux, Fedora, OpenSUSE, Mageia and Manjaro.

The latest version available is LXQt 0.8 which has been released yesterday, being entirely developed in Qt 5.3, but also compatible with Qt4.

For a full list of changes and new features, see the changelog.

The LXDE developers have also posted an article giving RAM consumption numbers of XFCE, LXDE and LXQt, all this systems running on a virtual Debian Testing system with 512 MB of RAM and a single core processor: 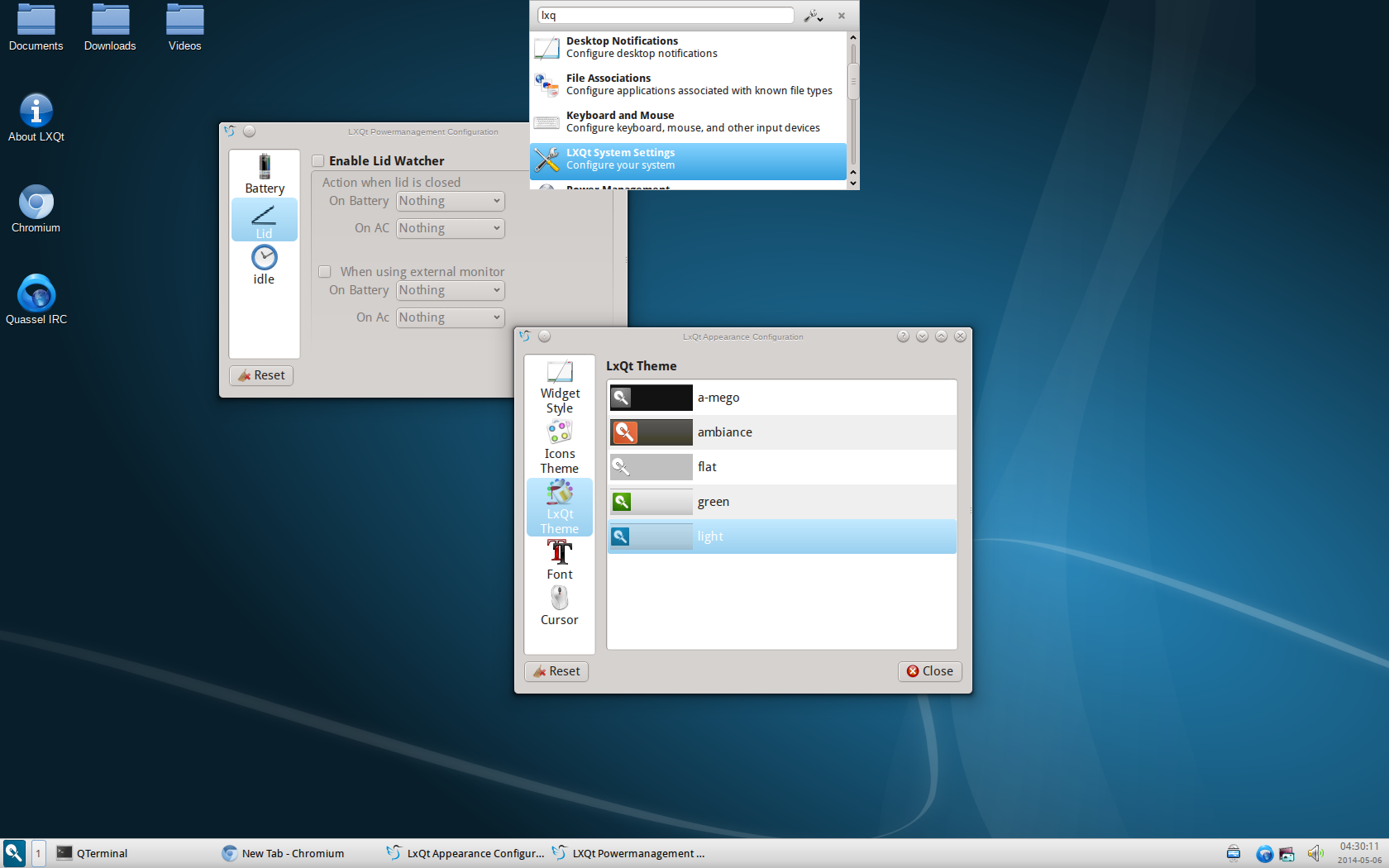 To install and test LXQt 0.8 on your Ubuntu 14.10 Utopic Unicorn, Ubuntu 14.04 Trusty Tahr and derivative systems, all you have to do is add the needed ppas to your system, upgrade the package and install the lxqt-metapackage, lxqt-panel and openbox packages. Like this: