Hello Jolla Enthusiasts. As you may know, the fourth update (since the first Jolla phone has been released) of Sailfish OS, Sailfish OS 1.0.4.20, codename: “Ohijärvi” has been released yesterday, with a small delay from the initial release date. For information about the release and installation instructions, see this article.

Jolla’s Marc Dillon has posted the below picture on Twitter yesterday, explaining this delay. 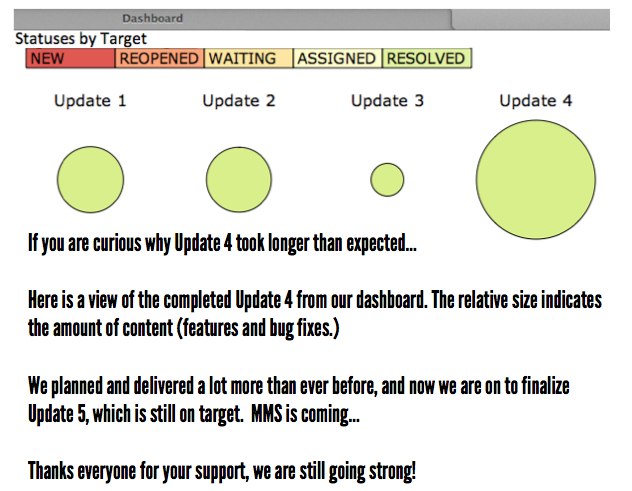 The picture itself is quite explicit. Sailfish Update 4 is the biggest update patch ever released, bringing both bug fixes and new features. Jolla has already started work at Sailfish Update 5, which will bring support for MMS, among others.