Meet Tea Time: A New Ubuntu Touch App That Gives The Users Both The Proper Time For Tea And Some Tea Blends

Hello Linux Geeksters. As you may know, there are a lot of third party developers that are creating applications for Ubuntu Touch. Recently, a new app called Tea Time has been created for Ubuntu Touch. The app gives the users the proper time for tea and a few tea blends and has a really nice design. 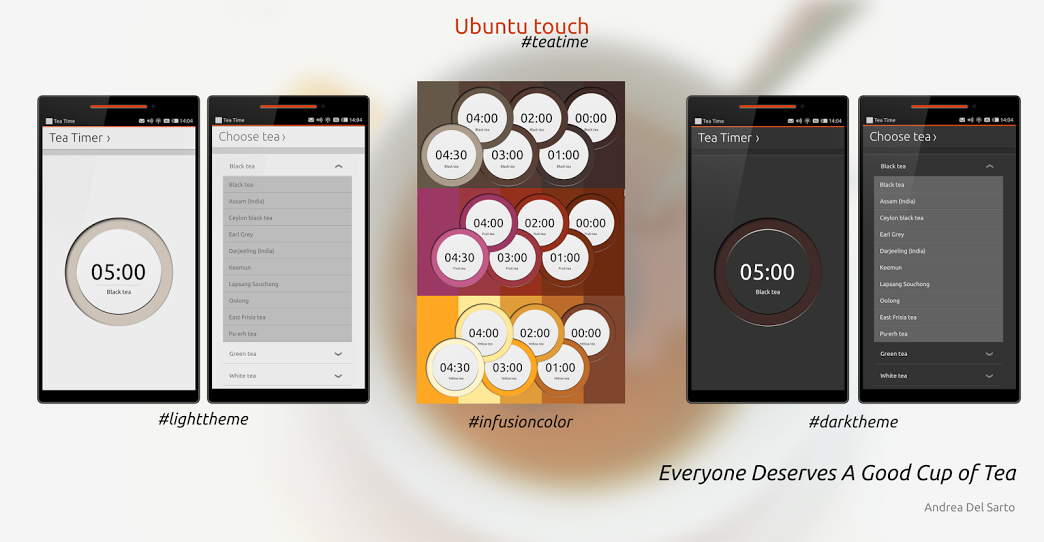